C/C++ Compiler: A Deep Insight of How to Use It

Working with a programming language is intimidating for new users. Everything seems out of place and this can easily overwhelm you. C and C++ are one of the earliest computer programming languages that came into existence. Therefore, without a proper knowledge, you might get confused and give up without even trying and witnessing the magic of C & C++ languages.

Taking fresher mindset into consideration, we have prepared a simplistic guide to what C/C++ language is, C & C++ compiler, and how all these things work together. So, let’s begin.

Dennis Ritchie developed the C language and is also known as the Father of Modern Programming. It came into existence in 1972. The C language was earlier developed to work on UNIX platform. Over time, it popularized as the most used programming language.

In a nutshell, C language can be utilized to create almost anything. Its performance is the key feature.

Bjarne Stroustrup invented C++ in 1985 and it was considered the prodigy of C language. In comparison to C, C++ is more flexible and effective in creating utilities. Unlike C, it was object oriented programming language. Moreover, it is more lightweight and compiled than C language.

To run both languages on your computer, you need a C/C++ compiler. With that, the code runs smoothly without any hindrance or issues. 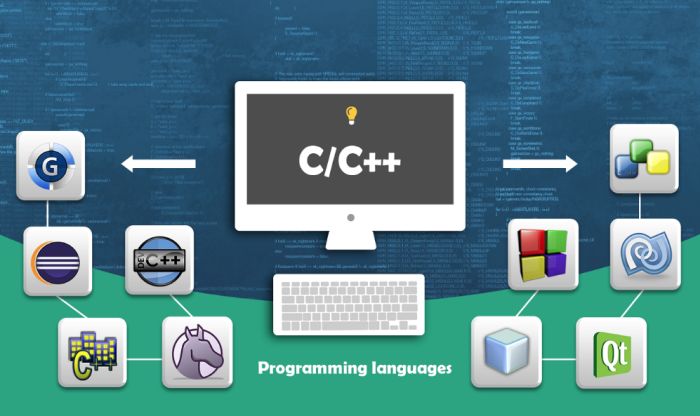 Grace Hopper, an American computer scientist coined the term Compiler. He also designed the first ever compiler in early 1950s.

Since codes in C/C++ languages are in high-level language, these are far from the reach of a computer. You have to convert it into a specific machine language that can easily be understood by your PC.

That is where a C/C++ compiler comes into action. It acts as a convertor that translates the high-level language to machine language.

Compilers are tools/software/programs having a very large size. These keep the errors in C/C++ language in check so that the code runs seamlessly.

A compiler works in different steps. Let’s see what they are in case of C/C++ languages.

The first step contains reading the source code. The C/C++ compiler reads the file you upload. It contains preprocessor directives – lines having # codes. In the first step, your file is made ready to get converted.

The second steps deals with translation of the high-level source code language into machine language. When it happens, source code syntax errors come into existence.

After the removal of errors, an object file comes into existence. This is not the final file to run C/C++ programs. So, the compiler further works on it to make it executable.

Linkers are utilities used to link one block to the other. It makes the source code workable so that you can run the necessary codes. Linkers might further attach vast libraries to your codes to ensure they have the required information to work.

Steps to Use C/C++ Compiler

Different methods are there to use C/C++ compiler on different platforms. Two mostly used methods are mentioned below.

To use C/C++ compiler for windows, you need an IDE (Integrated Development Environment) along with Microsoft Visual Studio.

After that, most work is automatic when you open Command Prompt on your Windows PC. Just upload the source file and run compiler. That’s it.

For Linux or OSX

In case you have a Linux platform, open Terminal Window on your PC. Get access to source code directory. Once it is done, run the compiler.

It creates an object file with a default name. Type the default name in the Terminal Window and run it. It will run the code and makes a workable file.